Wray Wray watched with awe as the massive blizzard howled through the air like a thousand ballerinas leaping with determined fury. The brutal wind allowed for this fierce ballet to unleash a performance of a lifetime. As his Boston Terrier eyes lay transfixed on the scene like a monk in

bliss, he couldn’t help but wag his partial tail to the oh so mighty, symphony of white. It was January and the air was unforgivingly bitter. Although Wray could sense Mother Nature’s chill through his crystal clear triple pane windows, he was as warm and toasty as any pup could ever wish to be. Ah yes, Wray Wray loved the winter (as long as he was inside his comfortable and quiet home). A smile formed just below his whiskers as he drifted off into a utopian slumber, oblivious to the howling icy wind just beyond the glass.

Unfortunately, a few doors down, Peggy Sue watched with agony as the snow smothered her happiness like a merciless white blanket over the last embers of a fire. Although she couldn’t see the scene clearly through the foggy old windows, Mother Nature’s frost barged in through her owner’s window sills and taunted her with a bitter reminder of how miserable January can be. It was poor Peggy Sue’s most dreaded time of the year. Even her favorite sweater couldn’t keep this Shih Tzu comfortable. As she shivered and whined, she fantasized about how glorious winter could be if only her owners replaced their old drafty windows with Window Depot’s award winning “Energy Star Most Efficient” triple pane windows. A look of frustration formed just below her whiskers as she restlessly attempted to find comfort while drifting deeper into her fantasy of one day enjoying peaceful cozy January afternoon nap alongside her extremely efficient and strikingly beautiful triple pane windows from Window Depot.

Get Your Free, No-Pressure Estimate

Simply fill out our form to schedule a FREE no-pressure quote for your home from your locally owned and operated Window Depot of Richmond! 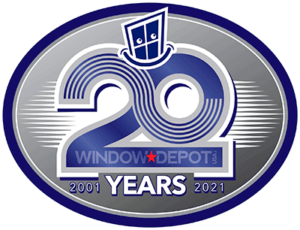